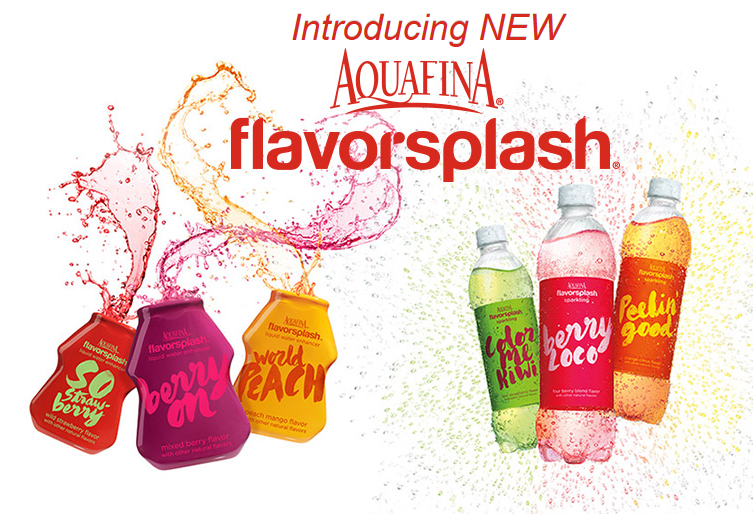 As the discussion about the safety of energy drinks for teens heats up, many teens are looking for alternative drinks to fit their lifestyle. Enter PepsiCo’s new line of Aquafina bottled waters, aimed just at the 13-19 year old market.

Not your-parents’-bottled-water, or part of the Pepsi Generation, the new drinks, called Aquafina FlavorSplash, are candy-colored sparking drinks adorned with bright colored, over-sized labels and casual fonts declaring the flavors. For example, “Peelin’ Good” is an orange-citrus flavor and “Color Me Kiwi” is a blend of kiwi and strawberry flavors. The sparkling, flavored water contains B vitamins and zero calories, which help the products appeal to health-conscious teens and parents.

The Super Bowl represents the largest advertising spending of the year for many companies. And for smart companies, the Super Bowl is an important component in a broader integrated marketing campaign. No company handles this integration better than Doritos, now with its eighth annual “Crash the Super Bowl” advertising contest. This year, the PepsiCo brand is taking an even bigger approach and is opening the contest outside of the U.S. and in all 46 countries where Doritos are sold. The company hopes that the global approach will increase the quality of submission, and of course the quantity of product sold.

The main elements of the program are similar to previous years: two user-submitted spots will air during the Super Bowl; one selected by fans and the second ad selected by the Doritos marketing team. The creators of the winning ads win cash prizes in addition to the chance to work on the movie set of “Marvels The Avengers: Age of Ultron.”

Doritos will again use a Facebook app as the hub of the contest, but will also expand across multiple social media sites, including YouTube and Twitter. The contest opens October 8 – get your team ready to submit!

PepsiCo has done it again. Using clever marketing strategies to promote its Pepsi Max beverages – a zero calorie cola in disguise – the company is following up on its highly successful “Uncle Drew” series of videos.  This time the company is disguising NASCAR driver Jeff Gordon as “Mike” who appears to be an average guy taking a car out for a casual test drive. It’s a test drive the unsuspecting car salesman will never forget!

The videos are a big hit for Pepsi Max and illustrate the product’s tag line of “a zero-calorie cola in disguise.” As a product in the mature stage of its product life cycle, Pepsi brings a sound strategy to making its diet beverages relevant to a younger market. Pepsi and Jeff Gordon team up in other venues as well. Pepsi is one of Gordon’s NASCAR sponsor and has done other commercials and videos for Pepsi.

(Note: A student brought this video up in class on the first day it was available. At the point we showed it in class, there were only 301 hits on the video. By the same time 24 hours later, the hits online exceeded 1.2 million. Today, there are more than 30 million hits!)