PepsiCo has done it again. Using clever marketing strategies to promote its Pepsi Max beverages – a zero calorie cola in disguise – the company is following up on its highly successful “Uncle Drew” series of videos.  This time the company is disguising NASCAR driver Jeff Gordon as “Mike” who appears to be an average guy taking a car out for a casual test drive. It’s a test drive the unsuspecting car salesman will never forget! 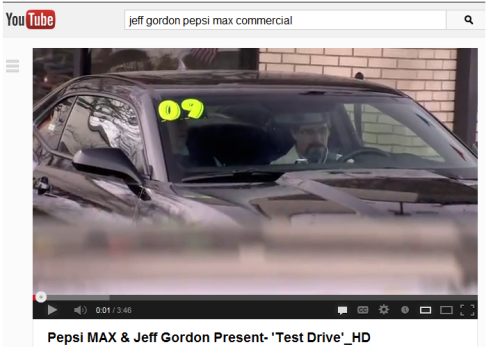 The videos are a big hit for Pepsi Max and illustrate the product’s tag line of “a zero-calorie cola in disguise.” As a product in the mature stage of its product life cycle, Pepsi brings a sound strategy to making its diet beverages relevant to a younger market. Pepsi and Jeff Gordon team up in other venues as well. Pepsi is one of Gordon’s NASCAR sponsor and has done other commercials and videos for Pepsi.

(Note: A student brought this video up in class on the first day it was available. At the point we showed it in class, there were only 301 hits on the video. By the same time 24 hours later, the hits online exceeded 1.2 million. Today, there are more than 30 million hits!)