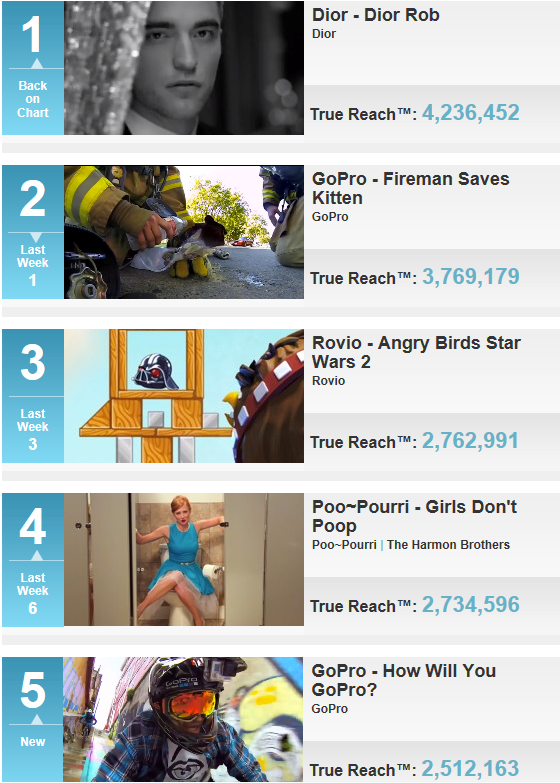 Every week Advertising Age, in conjunction with company Visible Measures, publishes a list of the week’s top performing videos. The weekly chart highlights viral video ads that appear on online video sites. Each ad measures viewership of brand-syndicated video clips as well as social video placements that are driven by viewers around the world. (A measurement called True Reach™ quantifies the total audience that has been exposed to a viral video campaign. The measurement combines data from brand-driven seeded video placements with results from community-driven viral video placements – spoofs, parodies, mashups, and more.)

There are three key factors for viral video success:

Regardless of the type of product or service, the country of origin, or the importance of the message, what matters is reaching the audience in a way the both entertains and informs.

Check out this week’s top videos and discuss what makes them “go viral.” 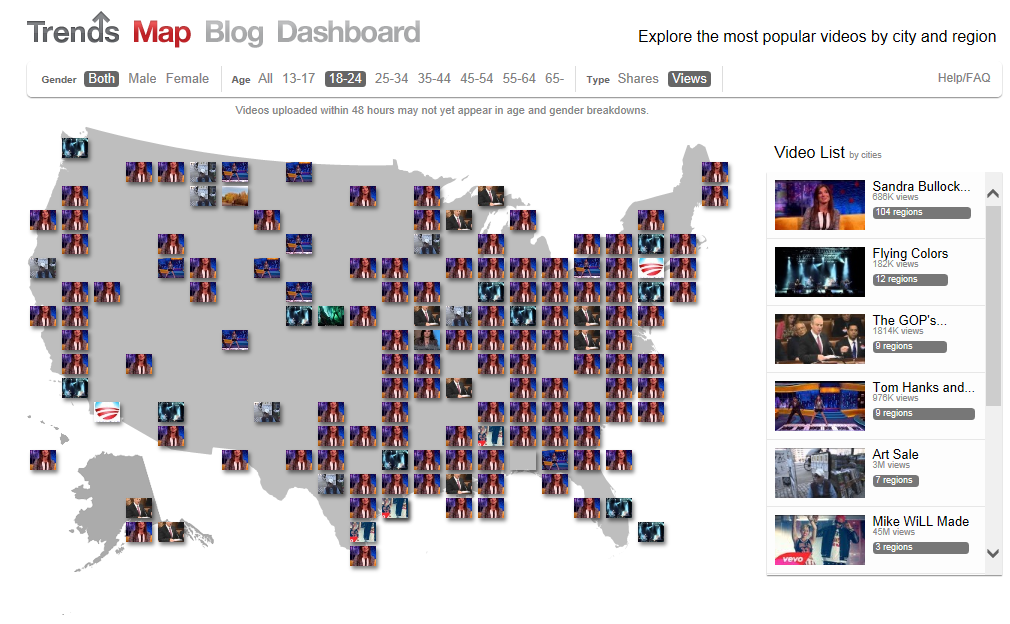 Everyone is familiar with YouTube, and likely we all watch a video or two nearly every day (go ahead, admit it). In fact, the video-sharing site averages more than one billion viewers each month! But the videos we watch vary by age, gender, geography, and more. The most popular video watched by men is likely not the same as the most popular video watched by women. And don’t forget about variations in culture across the U.S. The viewers in New York have very different habits than do viewers in Texas.

YouTube posts a daily trends map based on demographics as reported by its account holders. Rankings are based on the number of views and can be separated by age, gender, and location. Through the aggregated data, YouTube Trends show us the most popular video in real time and gives ideas about trends that are developing within the YouTube viewing community. The map is a visual representation of the most viewed videos over the past 24 hours across the U.S.

Before you look at it, take a guess. What do you think the most popular, trending videos are this week? Then click on the interactive map to discover trends and viewing behaviors. 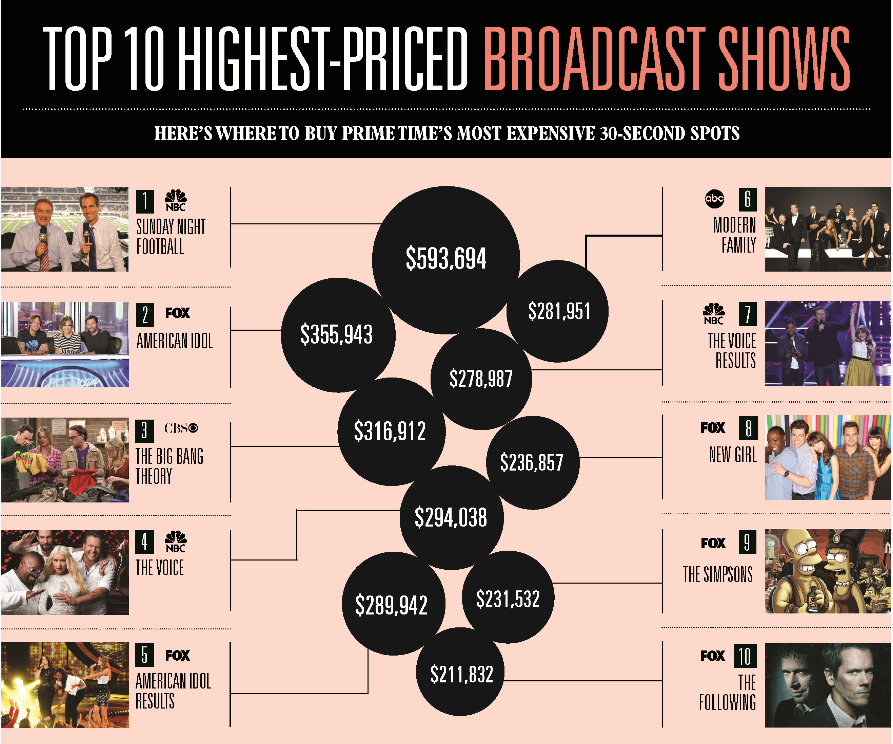 We all know that advertising on television can be costly, but few people understand that the costs vary by time, show, viewer, and date. The most expensive advertising in the fall is NBC’s “Sunday Night Football” – for the second year in a row. A 30-second spot during the season is $593,000 to air, plus production costs! Closely following Sunday night football is “Monday Night Football” on ESPN with a cost between $325,000 to $400,000.

Why so costly? One reason is that football is one of the few programs that is watched live, meaning viewers are exposed to the advertising. However, cable programming is very competitive with broadcast prime-time shows; “The Walking Dead” costs for 30-seconds of advertising are anywhere from $200,000 – $400,000. And, for the important market of adults aged 18 – 49, “The Big Bang Theory” has an average cost of $316,912 with more than 18.3 million viewers.