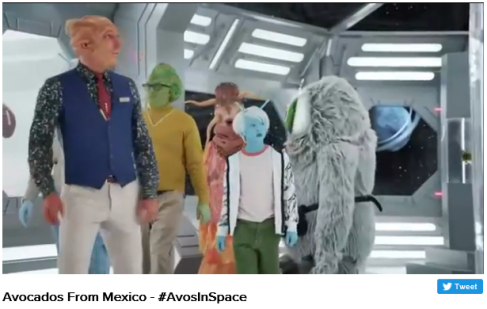 Professors hear this question a lot in class: “Is the Super Bowl worth the expense?” After all, the price tag for 30-seconds can easily top $5 million. That’s a big percentage, and sometimes it’s all, of most companies’ advertising budgets. Here are the results from three relatively new Super Bowl advertisers.

Avocados from Mexico had its first Super Bowl ad in 2015 and credits the ad with helping to increase sales of avocados by 33%. Super Bowl advertising also helped drive sales up 25% during the four weeks preceding the big game.

Another case is that of automotive floor liner manufacturer WeatherTech, advertising for its third time in the Super Bowl this year. The company stated a 46% increase in visits to its Web site in 2015, and a 26% increase in phone inquiries. Not to mention increasing brand awareness and overall buzz.

A third case is that of Loctite, manufacturer of glue products. The company saw an increase of 8.6% of sales for the four weeks after its ad during Super Bowl 49. However, the ad also raised sales for the entire glue category by 6.5% overall. An unexpected consequence of the ad was that competitor Gorilla Glue saw its sales raise nearly 45% during the same period.

So, is advertising in the Super Bowl worth it? Yes.